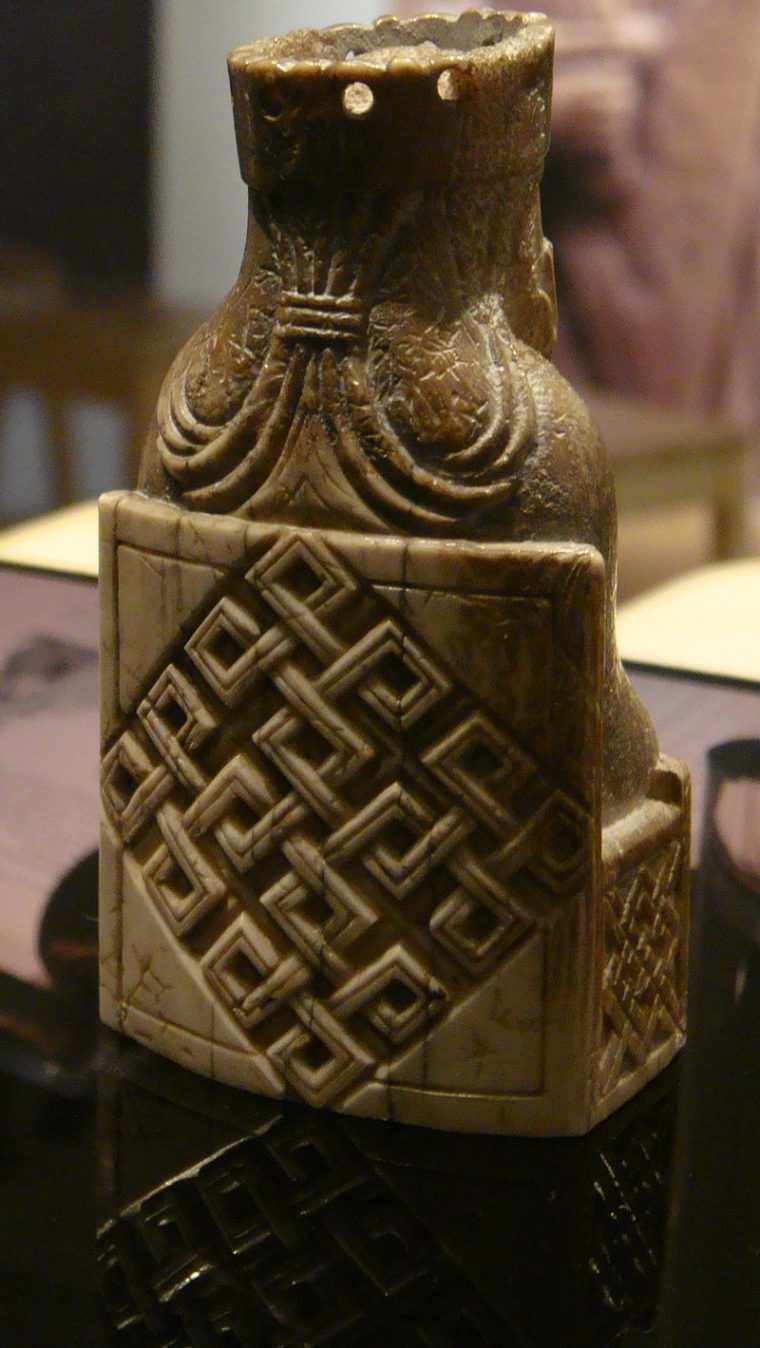 One common motif that’s frequently used in the design arts is the maze-like Greek Keys, also known as the Meander. Frequently seen as a border design or fretwork, the name “Meander” derives from a river in Turkey referred to in Homer’s Iliad. One aspect of the river Meander is its winding route, making this a natural analogy. The oldest known use of the motif occurred in Turkey’s Anatolia region, over 8,000 years ago.

Cultural Importance of the Motif

Common in ancient Greek arts of the Geometric Period, the rectilinear version of the design adorns a profusion of temples, pottery, jewelry and armor of the time. There are streets on the island of Rhodes in Crete that have Greek Keys integrated into their pavement. Roman villas frequently incorporated the design into mosaics and paintings.

The usual form of the Greek Keys is a squared, repeating motif of inverted “L” shapes, connected in a continuous flowing pattern. Other versions are presented as spiraling or rounded, stylized waves, referred to as running scrolls. When interlaced or overlapped with each other, the resulting pattern is known as “Guilloche.”

The motif is also called a Labyrinth, Greek Fret or Maze pattern, and the design is common in many cultures besides its Greek associations. The Meander is historically seen throughout stone age Europe. Arts, crafts and architecture in the Chinese, Celtic, Viking, Mesoamerican, Egyptian and Native American traditions often feature fretwork, beading and other applications.

Among the Greeks and Romans, the Greek Keys motif symbolized infinity, the continual cycle of the seasons and consequently, often decorates wedding jewelry and clothing. Seen in several forms on the ceremonial shield of Philip II of Macedon, father of Alexander the Great, the design indicates imperial rule in perpetuity.

The Chinese call the pattern Thunder Maze, representing a celestial dragon which brings rain and good fortune. Some versions of Celtic knot fretwork incorporate the Greek Keys motif, and are also thought to represent the infinite repetition of the seasonal cycle.

The motif is often seen on pillars and buttresses in medieval architecture, and decorates the king pieces of the Lewis Chess Set, carved in bone between 1150 and 1200 in Norway.

Design Influences During the Age of Discovery

Throughout the 18th, early to mid-19th and early 20th Centuries, there was an increasing interest in the Greek Keys motif by designers and artists. This interest was likely fueled by an exponential increase in archaeological exploration of Greece, Egypt and Northern Europe.

The excavation of Pompeii provoked a massive wave of interest in the ancient Greek and Roman world, unleashing a Neo-classical revival pervasive in every area of the design arts. Architecture, jewelry, furniture and public works across the West incorporated the Greek Keys motif almost to the same degree as the Greeks themselves.

Another such explosion was seen during the Art Deco period of the late 1800s through the early 1940s. This was a time of many famous discoveries in Egypt, such as Lord Carnarvon’s King Tut expedition and the detailed exploration of Karnak, Thebes and the Valley of the Kings.

The impact of these discoveries on the popular culture cannot be overstated. Designers adopted many motifs and adornments found on Egyptian architecture and tomb paintings, including the Greek Keys motif. Significantly, the cities of Thebes and Alexandria were established by the Greeks and later administered by the Roman Empire.

Use of the Greek Keys motif in design is a time-honored tradition that will always hold a place in these disciplines. When used in its place, a designer can hardly go wrong adapting the motif to any piece.